The Mix-and-Match in Motion 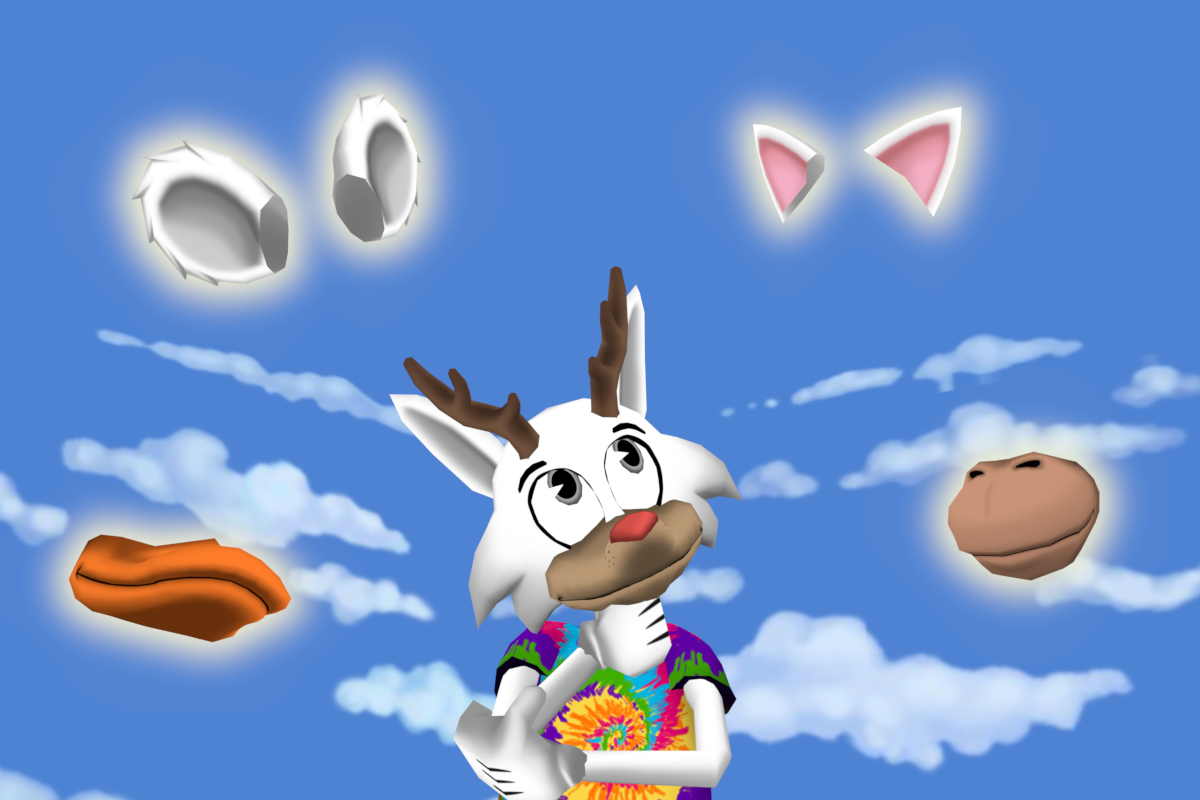 Hi Toons of the world! Polygon here, with an announcement I’m very, very personally excited about!

You may have seen that funny little video in our Discord server yesterday of a talking Toon and thought to yourself, “What the heck is going on there?”, “Why does it look like that?”, “Is it a new species?”, “Is this some kind of prank?”, or some variation thereof. Well, I’m here to clear all doubts and tell you about the project that I’ve been working on for our next major update:

Now, this project is still admittedly in its early stages, and everything seen thus far is wholly work-in-progress, but it’s something I and the rest of the team are extremely excited about, and we’re already making great strides into putting the pieces together, literally!
But let me stop stalling and tell you about the project itself: With this update, the Make-a-Toon and Toon species system as a whole is going to undergo a complete revamp, abolishing the idea of traditional species designs, and rebuilding Toon creation from the ground up as a free-for-all to create any creature you can imagine out of the provided pieces!

Instead of picking a Cat or Dog or Deer, every Toon will now be a base head, with the option to add on pieces from any of Corporate Clash’s beloved existing animals! (and perhaps, more to come…) Want to have a kiwi head with a cat muzzle and fox ears? Nothing stopping you! A dog with horse ears and bat fangs? The sky’s the limit!
Of course, we’ll still be offering the option for “presets” of each existing species, so don’t be afraid if this sounds too overwhelming! You’ll still have the option to make a classic kitty with a single click and be on your way!

But that’s not the only thing coming with this project! When the opportunity arose to give a pass to every Toon species piece, I knew I had to take the chance to pursue another personal desire of mine: Animated Toon heads!
We’ve all seen the feedback before: “Why do Cogs look so animated and expressive when Toons are the main focus?” Well, those worries can be put to rest, because with this project, all Toons will receive a new set of facial animations that will give them the unique personality you’ve been hungering for!

Now, if you’ve reached this point, I’m sure you’re either as excited as I am or still wondering “Why? What does this do for me?” Well, I know this project won’t be everyone’s cup of tea, but I’d like to give my insight on why this is so near and dear to me.
The Corporate Clash community as a whole is honestly one of the most expressive and creative groups I’ve ever seen. I’ve seen so many wonderful, incredible artists, both close to me and seen from afar. I’ve seen the stories they write, the art they create, and the characters they play; and it’s something I proudly partake in too!

Among the artists of the community especially, new Toon species have always been a hot topic, and a very popular request! Dozens, if not hundreds of different animals have been debated over the years, and the hardest part is always deciding “Which species would be worth the effort to add?”
And believe me, it is a lot of effort! From concepting, designing, modeling, texturing, recording sounds, and even making a new Laff meter, it can be a lengthy process. Which is why we started wondering “What if there was an easier way to represent a great deal of new species without stealing all that valuable time from other updates?”
Once the new process is solidified, you will be able to use any piece of Clash’s existing species, but on top of that, adding new features will be easier than ever! Any unique piece you can imagine, such as bug antennas, fish fins, or goat horns can be added to the future mix with ease! Not only will you be able to assemble any existing animal you can imagine, but any fantasy and fictional ones as well!
It’s an important goal of mine to offer the opportunity to play a representation of anyone’s own characters in game, even if it’s an unusual species, or some kind of wacky fantasy creature that we’d have never otherwise thought to add. Corporate Clash is your story, and you deserve to play the hero you want to be!

With all that said, I encourage all feedback on this new system, as I know it’s gonna be a big change, and it’ll take a lot of getting used to. I want this to be something as many people feel happy and comfortable with as possible.
Taking into account the fact that this is going to be a full look over current design, I encourage everyone to speak out about any thoughts you’ve ever had about Toon species! Whether any of the existing designs feel like they need a second pass (yes, we’re looking at you, Mouse) or whether there’s any unique pieces or features you’d like to see added to the Mix-and-Match machine in the future, tell us what you think via our Discord, Twitter, or any of our other socials! And, of course, feel free to give thoughts on any future Sneak Peeks!
The future of Corporate Clash is bright, and we’re just getting started! I’ll look forward to hearing from you all!