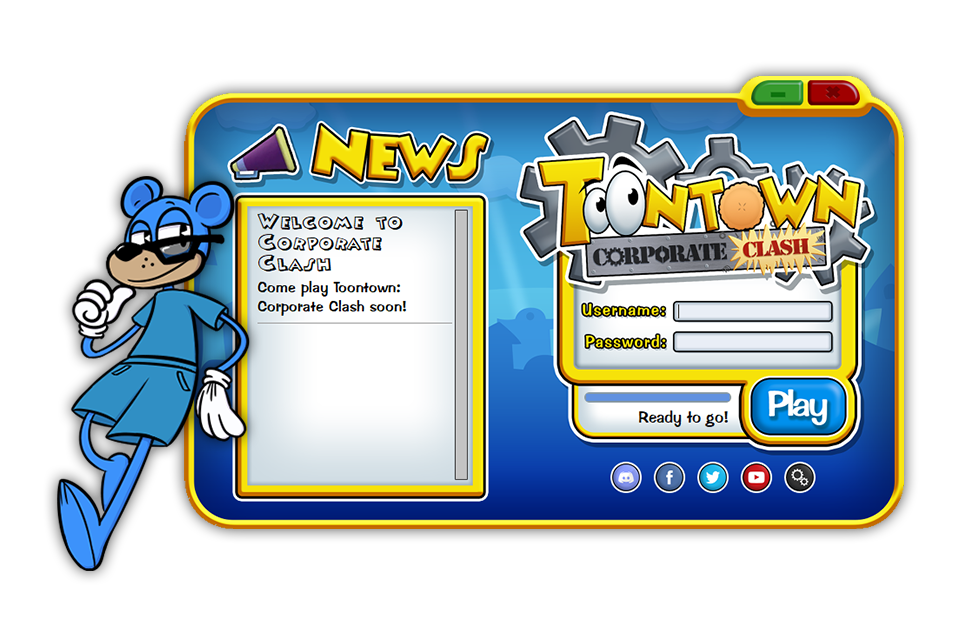 Hey there, Toons! Liam reporting in, the director of all things technical here at Corporate Clash. It's been a hectic past few months, and I can say with absolute certainty that it wasn't for nothing! Toontown is only beginning to acquire the chefs and bakers it needs to fend off the Cogs, so it's only appropriate that I pitch in and help.
While working closely with my twin brother Bouncer Bongo to help him with his latest project, I was faced with a setback: nobody could get into Toontown! Investigating the problem, it seemed like Toontown's former leader hadn't designed its gateway to resist the wear and tear of the Cogs - a measly Legal Eagle invasion had demolished the entire thing! I knew what had to be done; I told Bongo he could wait and went straight to work.
Now, rebuilding the thing was no easy task. After analyzing a few of the fragments, it seemed that all of it's strings were incorrectly tuned to C#! And I thought my portable hole was off-pitch... of course. I headed straight over to Mezzo Melodyland and bought every plus-sized-C-string they had, and I mean every. If it weren't for Loopy Goopy Googlenerd's Swedish Balls(TM) I would have gone sad from exhaustion. Boy, I've lifted boulders lighter than them!
In hindsight, maybe it wasn't the greatest idea to buy all those strings... I only needed one. You see, I had already spent all my jellybeans, and now I didn't have enough to open a communications line to the Toon Council! I went to my trusty friend Judge for advice, since he's an expert in the art of transmission. After a brief argument, he made the most clever proposition: why not run all that extra string all across the tooniverse? Together (and with the help of a few vixen), we ran lighting-fast connections to the Toon Council, the Toon Hall, the Toon Fountain, the Toon Gazebo... you get the point. There wasn't going to be a single toon stuck outside of Toontown ever again!
Finally, everything was finished. I gave it to some of my best test toons and they said it was almost too fast! They said something still felt... missing, though. I realized: there wasn't any art! After searching around town, I found some of our best artists and give them the biggest brushes I could find; there wasn't going to be a single unpainted spot! Don't tell them, but I may have snuck out some paint from the body shop. Turns out kart paint doesn't work so well for other applications... you should've seen the mess they made.
And now, after many exhausting weeks, I present to you: the Toontown: Corporate Clash Launcher! In all seriousness, this redesign (or recreation, whatever you'd like to call it) is miles better than its predecessor. I can guarantee that we took speed, reliability, and silliness into utmost consideration. With the new Clash Launcher, Windows and Apple toons will finally have the gateway into Toontown that they deserve!
Thanks for sticking around! I hope to see you soon.