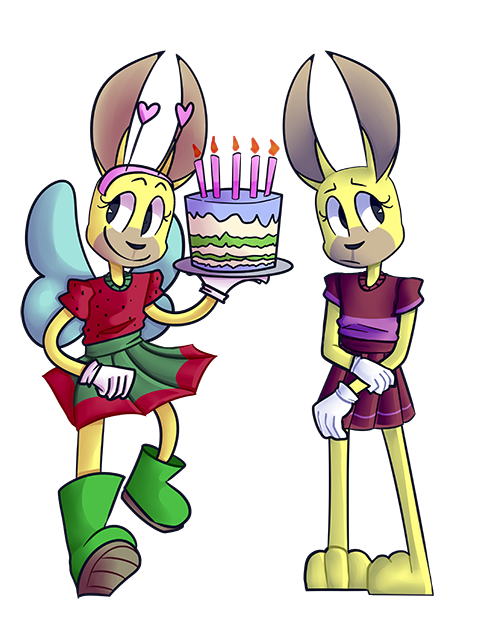 Hi toons! I'm Ricky and welcome to a significant and informative blog post. On behalf of the team, I'll be writing this blog to inform all of you of what's been discussed internally regarding a toon reset in the recent days, as well as to be entirely transparent with all of you.

This means covering reasons we deem why it would be beneficial, how it wouldn't be beneficial, and lastly a poll for solely former Altis players that will give us further crucial information to go over towards a final decision on this topic. So if this topic is something you're passionate about, please stick through this and vote on the poll below.

So firstly, we want to present to you what the team's discussed, why we think it's beneficial, and the sole reasons why this is even a discussion:

Resetting toons allow for us to redesign the current Altis taskline. This means letting us rewrite every task in its entirety in-game. This provides firstly a LOT less grind. One of the biggest complaints during Altis' life-span was the grind of specific tasks. We cannot rewrite them with the current toons as it causes a multitude of errors and would cause toons to be stuck. Resetting will allow us to reconsider each task and rewrite them to allow for a much more fun experience.

This also allows us to work more of our storyline into tasks. Previously they were somewhat random tasks strewn together. Resetting and rewriting will enable us to implement an overarching story throughout the entire taskline that currently isn't present.

It also allows for us to use the quest system to its fullest potential. This allows for a smoother, more user-friendly experience, as well as allowing us to add neat new features to the taskline that only adds to the current content we'll provide.

Resetting things would allow for us to track toons in a lot more ways than we've previously implemented, and a lot more properly.

This would allow for us to flawlessly run contests such as racing to be the first toon with a certain laff amount or the first with a suit, first toon maxing said suit, and so on. Allowing for not only more rewards, but more content for users and an additional objective to try to achieve while playing Toontown: Corporate Clash.

I can tell you for sure, if the reset were to happen, we'd be hosting a load of in-game competitions in the first few weeks of Corporate Clash. From these, you'll be able to earn exclusive cosmetic items such as shirts, name tags and accessories. From there we'll also be able to hold contests frequently to keep the cog busting action to its fullest!

The staff as a whole are better than the team setup was a year ago. We have smarter, more experienced developers, and resetting allows for us to redo this entire database more efficiently which in turn provides a better user experience across the board.

Starting off your toon is entirely new. There's a variety of changes that have come to TTCC over the course of its development that frankly makes it stand far apart from its predecessor, with it continuing to grow further and further away with each update.

The smallest here being the new toon models. We've updated and changed toon models, and many people feel many different ways about them. Regardless of that, resetting is beneficial in this regard to prevent any consistent issues with wanting to change appearance (whether in head shape or species altogether), which isn't something supported.

You can now have the ability to pick any two starting gag tracks that you want upon creation of your toon. Resetting allows for every existing player to be able to make this fundamental decision the first time around, and lets players plan for this and plan your gag layout from the start, instead of being stuck with that's been leftover from Altis.

What would happen without a reset:

All the current toons and progress they've made stay as they are with the stats they had at the time Altis closed.

Tweaks would be made to tasks as they are to allow them to be more comfortable, but they would still be as long as the task was initially and not including a complete overarching storyline and other features we'd like to implement.

All current toon's gag exp would stay the same, meaning they'd all most likely have differences in gag layout than before the closing of Altis due to the variety of changes and updates, as well as missing out on the chance to pick starting tracks.

Many contests would not be possible as the database would currently be inaccurate, as well as the simple fact that many of the contests we'd like to do have gone by as there are toons well past any point that a starting contest could contain.

Now, we want this to be entirely fair. We want to cover both sides of the topic, and from what we can tell, the most common complaint is the simple fact that you players had stuck with us and had played your current toons a lot and spent hard work and time into getting where you were before Altis was shut down.

We understand that and speaking from my own experience, I've spent plenty of hours training my toons and getting them far into the game, and so have other staff members. But when we come together and speak critically and thoroughly about the topic of the benefits versus the negatives of a reset, we find that all the reasons we listed above time and time again only benefit the server as a whole, allowing us to rework many systems better that are heavily involved in-game. This reset also enables us to deliver neat new content in ways that are currently not possible/practical.

So take your time, read through the blog post here extensively, think about how you feel and how you would be affected and fill out every box in the following poll. This will allow us to get critical information on the specific area of toons that would be solely influenced by a toon reset. Your voice is important. Help us in making this decision.

Thank you all for reading, and we hope to see you in-game soon.