Turkey Toons Are Back For A Limited Time!

Posted on November 24, 2021 by The Corporate Clash Crew 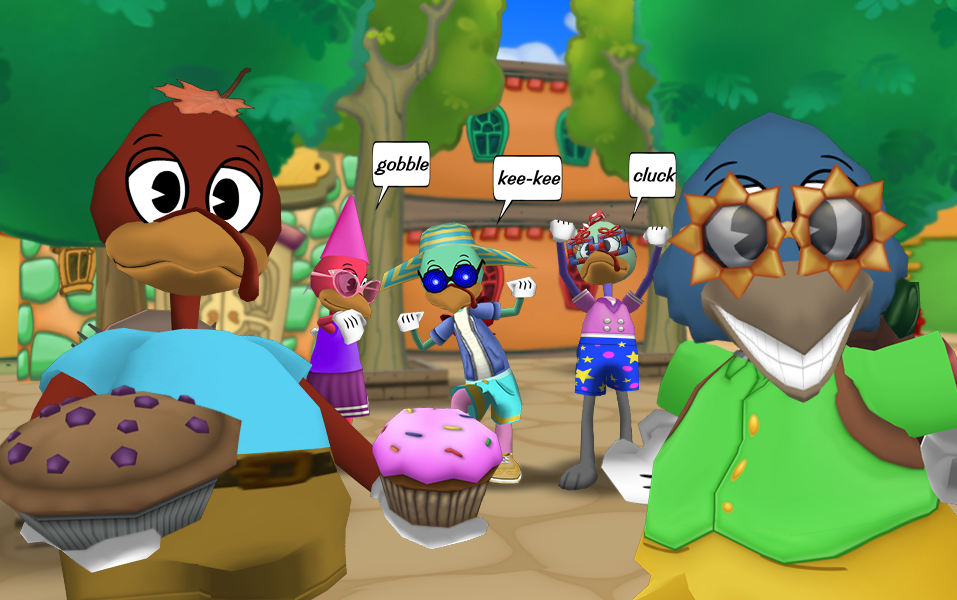 Greetings, Toons! It’s bean a while since we last talked, but my kind is once again returning to the gravy-est toons in town! As soon as I gobbled into Toontown Central, my eyes were a-salt-ed with none other than Tumbles the Kiwi, who's apparently fairly new around here; turns out he’s a bird, just like me! Apparently where Tumbles comes from, they don’t even have Thanksgiving. Corn you believe it?

In celebration of our new-found friendship, For a limited time, Turkey Toons can now join Toontown from November 24th to December 2nd! Tumbles may have his socks and sandals, and I may have actual arms, but when we come pota-together for a good ol’ Thanksgiving pumpkin pie— well, lettuce just say there won’t be much food left on the table!
Here’s to another Toontastic Thanksgiving!