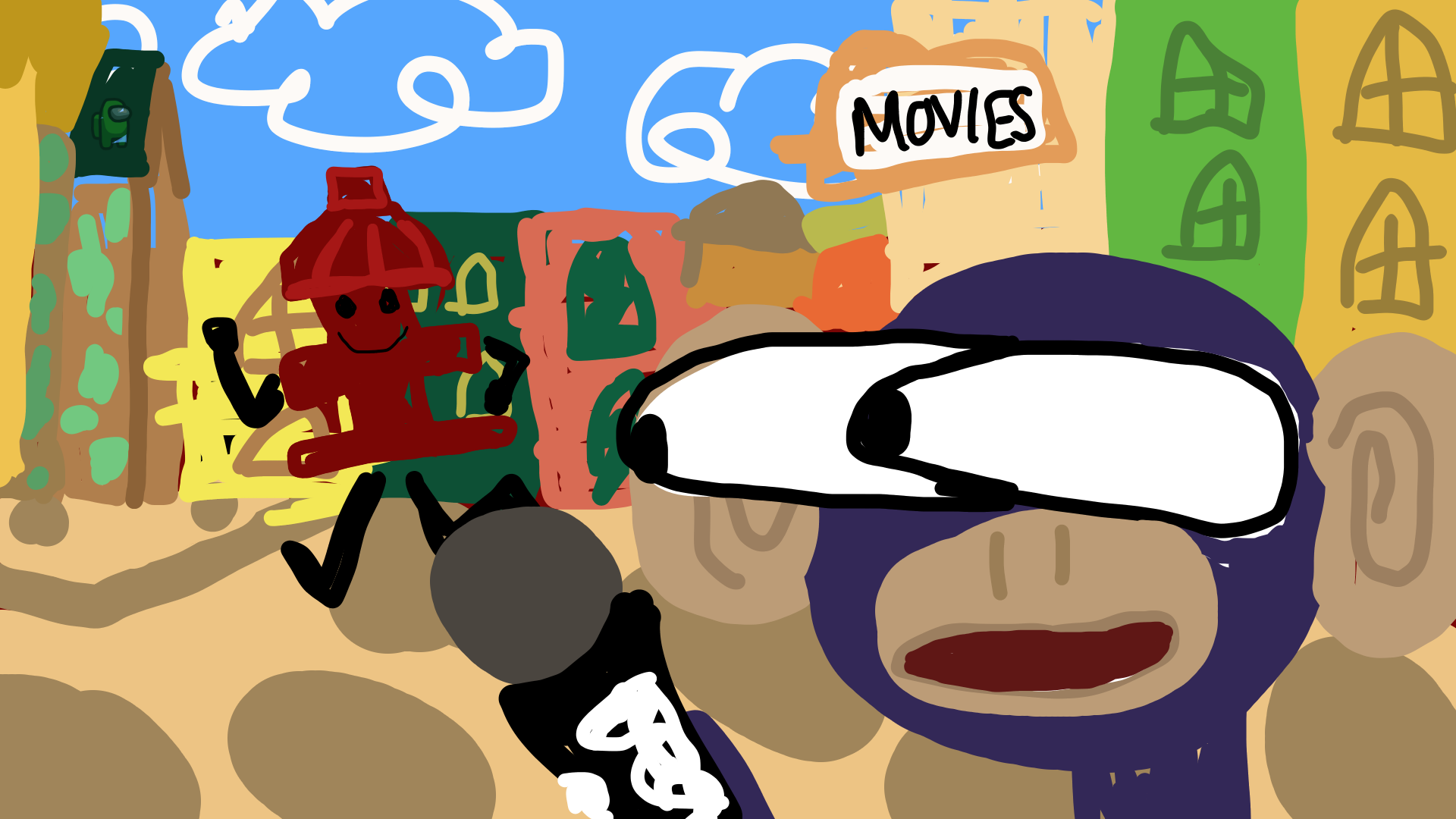 Good morning, Toontown! I’m Bree Kinnews, and today is the morning of April Toons’ Month. Toons all over Toontown are waking up and waiting to see what wacky hijinks will ensue. Strangely, we haven’t been getting reports of odd happenings or happenstances. A reporter in the field is telling me right now that even the birds are sleeping in today! Its shaping up to be an incredible April morning.
According to recent reports from local Toons, one of the fire hydrants on Silly Street has gotten up and walked away, and we have an exclusive interview with that hydrant right now! Heading over to Plugg... Plugg, is there anything you’d like to tell us about-

ATTENTION TOONS, YOUNG AND OLD! BEHOLD THE GLORY YOU CANNOT HOLD!  No matter who steps in my way, my machoness will never sway! Just look at my hulking biceps, not to mention my massive triceps! My strength is so incredible it could break the law! If you saw me lifting weights, you’d certainly be in awe!
You think you’re tough? Well, the thought is not enough! Want to put your strength to the test? We'll see if you can keep up; I never stop to rest!
If you’d like to see the true meaning of muscle, stop by on Polar Place and we’ll have a grand tussle!
You may think waiting is a bore, wishing that you could soon see more. However, there's no need to fear! Count Erfit's comic is here! The Toons of this town are so impressed with my muscles, they made a comic to display my workout hustle! As surely as I am jacked, this comic HERE is cracked!
Click HERE to read the full Patch Notes

Shortly after we opened our gates to the 1.2.7 update, we noticed issues with Toons unable to turn in ToonTasks and Toons getting softlocked in the Toontorial. After initial investigations, we identified a backend change with the ToonTasks system to be the cause. We've had to shut down the game entirely with very short notice because we believe the bug may cause data corruption if we let the game continue to run.

We've identified the problem and have pushed out a bugfix to address this issue. Unfortunately, because of the nature of the bug, we've had to rollback the game database to the state before the update started. This means all progress between the update and the game closure had to be erased.

This means that any Elphabat items that you have purchased will be removed (though if you had the materials to buy them prior to the update, you will have those back as well), and any ToonTasks completed in that time period will revert to the progress set at the start of the update. On the bright side -- if you spent several Toon-Up unites doing the new content, you will be getting those back too.

The April Toons' Update was an update all of us looked forward to, and we're as disappointed as you are when we've had to shut down the game with such short notice. However, we would not have taken this action lightly had there been any other viable choice to fix the issue silently in the background.

To make up for lost progress, we'll be additionally hosting a Gag Experience Bonus Event, lasting until April 15th! We hope you enjoy the 1.2.7 update, and thank you as always for supporting Toontown: Corporate Clash!