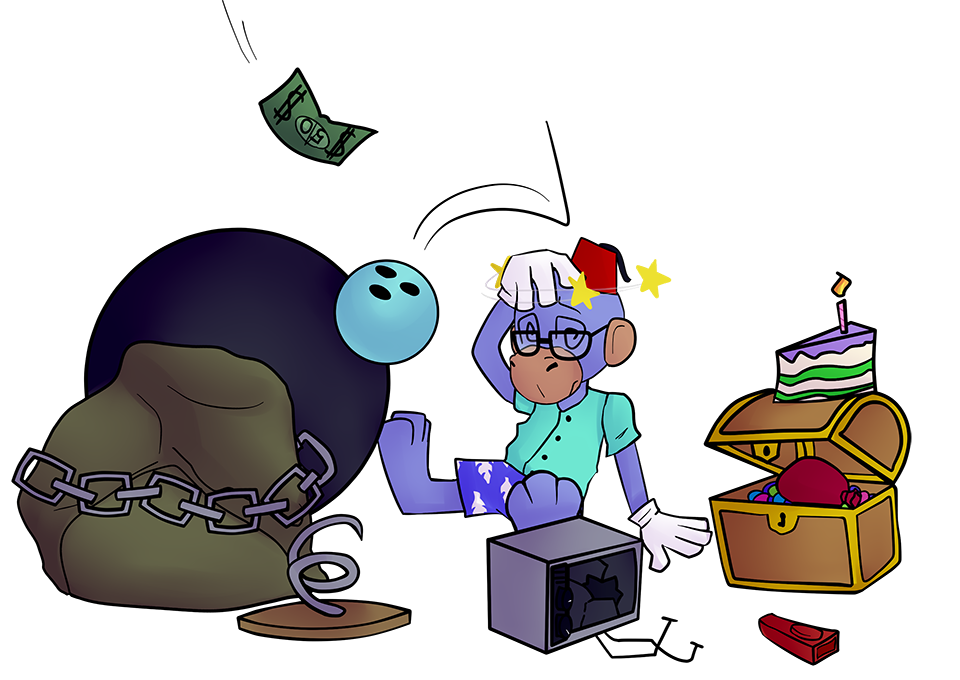 Hey there, toons! Hope you all enjoyed your April Toons Week / Easter! It's Sir Tubby Cheezyfish checking in to see what all the ruckus is about. Apparently, there have been rumors that there are level 8 gags now, so allow me to settle this once and for all.
These aren't rumors, these are facts.
It has been a lot of work, but level 8 gags are going to be finding their way into the first beta release of Corporate Clash, and as such, it would be fit to discuss how they work, and how we developed them! Level 8 gags take Toontown's battle system back to the more traditional approach of gameplay. Back before Lawbot HQ was released, and even for a short while after Lawbot HQ was released, toons only had level 6 gags as the maximum level. These gags stayed very tried and true to their respective gag track's mechanic, and were combat tools, not one shot rewards.
This system always appealed to me, as it was a great way to keep gag tracks unique without stepping into the territory of gag tracks. Then, of course, level 7 gags came along with their group attacks and ruined this dynamic. Well, no more!
The first stage of development for this mechanic is conceptualization. Level 8 gags have always been something that I wanted to be added to the game, but we needed ideas on what these gags would be, what would their damage be, how would they work, how many do you carry... It goes on and on.
Concepts came in for a bunch of different gags, mouse traps, laffing gas, bear traps, nails on chalkboards, the list goes on and on. I'm sure you will enjoy the final decisions we made! Then, we had to discuss mechanics.
First off, the highest level gag is no longer going to be a group attack - unless of course it follows the pattern, such as Toon-up, Lure, or Sound - and will be purchasable from the gag shop - just like the days of old!
Second, the level 6 gags we all know and love have been promoted to level 7, however, you can only carry 2 of them. Third, instead of implementing these gags at the end of the track, we squeezed them in between level 5 and 6, as the damage gap there was huge. So, these new level 6 gags deal damage between their level 5 and level 7 counterparts. A great way to balance for low level and high-level players alike! Now begins development.
The first step of development was removing the level 7 gag system that was hardcoded into the game prior. This was the most significant hurdle, as the way that gag inventories are handled are very strange. What was even stranger though, is that the legacy code for level 6 gags was still in the code, so it was just a matter of modernizing it to work with two extra gags! The 500 to go experience system was replaced with a hard cap at 20,000 experience, similar to Toontown Online's 9,999 experience. Level 7 gags had to be made purchasable, as well as the new level 8 gags. After this, I used placeholder animations and models to test the code and make sure it worked. After two grueling weeks of screaming at a computer monitor and trying not to snap my keyboard in half, level 8 gags were coded into the game!
Though it isn't as simple as that, now we needed models, textures, icons, animations - basically, everything needed to make these gags, new gags. Throw, Lure, and Sound was simple enough, Squirt was a bit tougher, Zap is about as hard as any other Zap gag was, Drop required some animating, Trap was kind of awful, but the worst of them all, was Toon-up.
Most of the time, in a developer environment, we are working with only one toon on the entire local server. In order to test Toon-up's animations, I had to log in with two toons on the same computer, bring them to the same location, and have them use a Toon-up on the other toon to make sure the game wouldn't crash. And if it didn't crash, I had to figure out how to fix any issues that may stem from the animation, such as the ice cream treasures flying off into the void, or the treasures flying towards the cog. (It happened, trust me.) Using some very low poly models at the moment, the layout was finished for these new gags, and now we just needed sound and art design.
Finally, we got the new models and textures in! We added in the new sounds, synced it all up, and voila! We now had a whole new level of gags, with a total of 10 gags after the removal of railroad and Toontanic. After a solid month of work at this point, these gags were ready to be used in game, and I'm sure you will love them all as much as I enjoyed developing them (Except Toon-up, Toon-up was awful.)