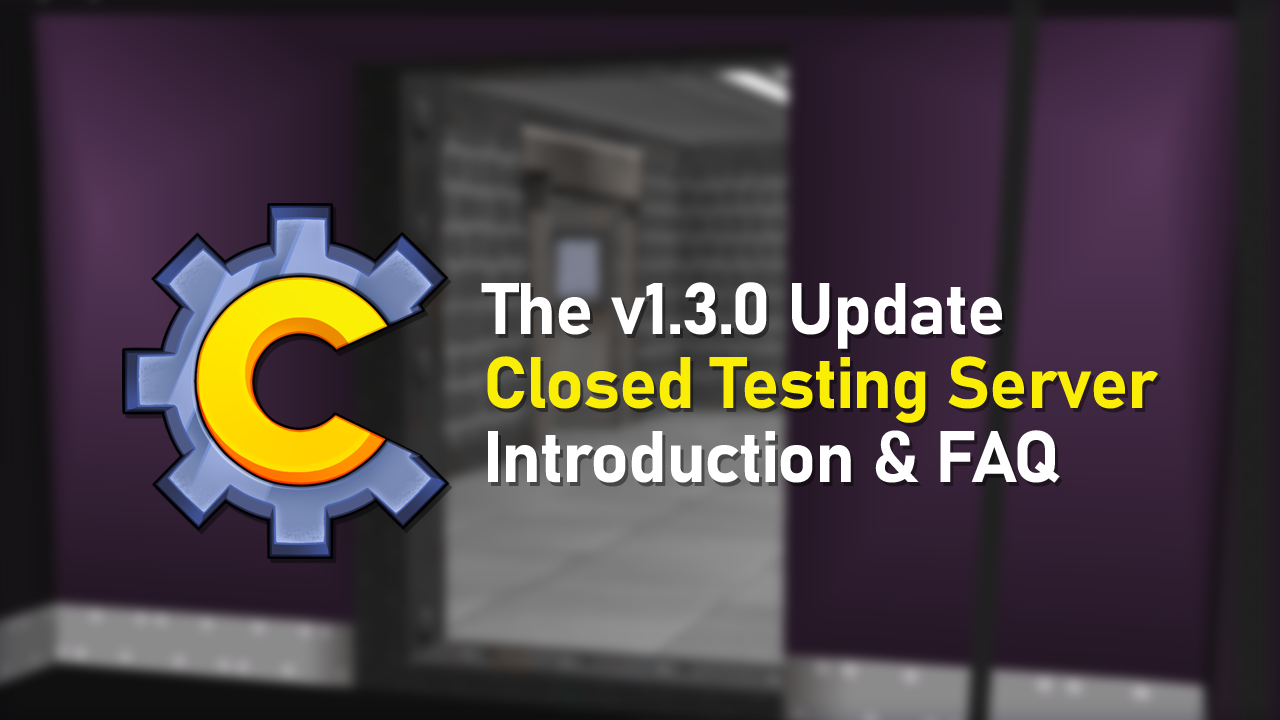 The v1.3.0 Update, subtitled “Hires & Heroes”, is the next major expansion coming to Toontown: Corporate Clash. For more information on this upcoming release, check out our recently released informational video, which can be found by clicking HERE. As discussed during that very video, certain aspects of the update are so large, that for the first time ever we will be hosting a short QA testing server. This will be done in order to stress test certain features prior to release, and the purpose of today’s blogpost is to cover a few more specifics of what’s to come with that. Without further ado, let’s jump straight into things!

What is a QA server?

A QA server, or quality assurance server, is a testing ground for future Corporate Clash updates, or in this case, a limited version of the upcoming Hires & Heroes update. While QA is usually reserved to only Corporate Clash staff, we’ve decided to open a temporary QA server to Corporate Clash Partners and select community members due to the scale of social features in this update.

What will be available on the QA server?

Everything discussed in the Hires & Heroes Informational Presentation: clubs, group finder, new chat system, Toon level 85, eyelash customization, HD cog bodies, new zap animations, and significant changes to gag & prestige balances! Please note that the QA server will not include the major game content portion of this update, meaning the remaining 8 laff points to reach 150 will be unobtainable. In addition, there will be several smaller features and other improvements not mentioned in the Informational Presentation. This includes dozens of new music tracks, lots of in-game GUI polish, new area renovations and much more.

For starters, all current active Partners with an established history within the Partner Program will receive access to the QA server. While applications continue to remain open for the TTCC Partner Program, we’d like to mention that any new applicants will not be eligible for participation in the QA server. This decision has been made for two reasons, to provide our existing Partners with an incentive for having been involved in the program for an extended period of time, as well as to prevent people from applying to the Partner Program with the intentions of only being there for QA server access.
In addition to Partners, we have put together an internal list, based on a multitude of factors, of members in the community whom our team deems would be a good fit to assist with the testing process. This list has already been finalized, and those who have been chosen will be reached out to by a Team Lead at a later date. Past our initial wave of communication, no further invites will be sent to assist with v1.3.0 QA testing.

When is testing happening, and when is v1.3.0 scheduled to release?

Currently, there is no set date for QA testing. We still have a bit more development work that needs to be done before QA is ready, from which we expect a lot of intensive testing and additional work to be done before we’re ready for release. While we expect to begin testing in the near future, we can confirm outright that the v1.3.0 update will not be released in August.
While this is unfortunate news, we’re still going through and developing a tremendous amount of content! While we know that our players would most prefer a release during summer, our team is also entirely composed of community members, whose free time available to dedicate working on Corporate Clash also lines up with the community’s free time and vacations. We urge you to be patient with us as we wrap up development for this update, and look forward to what we’ve got in store.
With that said, however, we absolutely intend to keep momentum up. You can expect to learn a lot more about what’s to come through many additional teasers, trailers, social media posts, release dates, and more in the coming weeks!  For those of you who follow our social media, you may remember that we also have v1.2.8 coming up soon, which includes features such as a Ye Olde Toontowne taskline revamp, the removal of mail quests, and other various improvements and features!