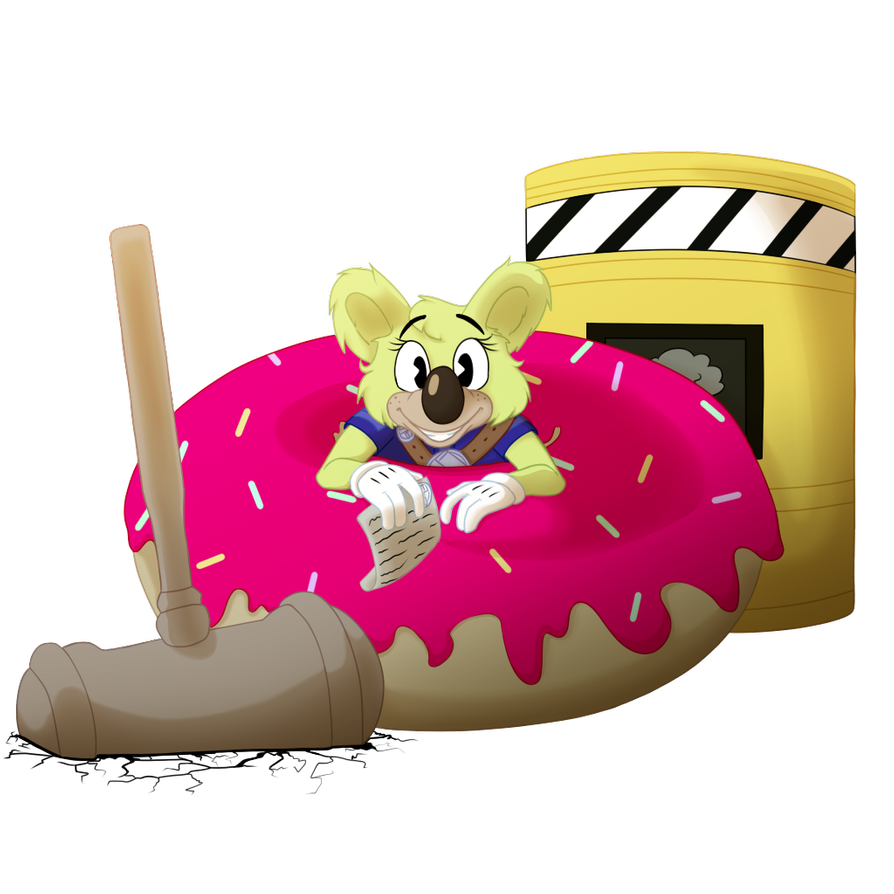 KABOOOOOOOOOOM!
Hiya pals, Reid Stock here!
So many of you have crowded my stand lately buying fruit pies and seltzer to take down that powdered donut of a boss residing in Lawbot HQ. What a workout for a cog-busting marsupial like me! Builder Bob must of given my stand too much Crazy-Dynamite, because the Toons worked together to quite literally blow up Count Erclaim’s Abode. We may have been wrong about his defeat before, but there’s NO WAY he survived that one! With Count Erclaim no more, and Lawbot HQ showing further signs of weathering, The Toon Resistance is one step closer to getting rid of this place once and for all!
My buddy Rocky and the other folks stationed over at The Resistance Outpost snatched some of those gag barrels from the DA offices to help make restocking much faster! Don’t worry about needing to pay us, the sales at The Docket Shop have been through the roof (stop by if you can — a plethora of new items are now available)!
Speaking of Dockets, they're actually quite useful for other things now, too! I built my entire Lawbot suit and filled my Subpoenas with them! Can you believe that? The more Toons we have involved, the better! I also heard that Builder Bob put those Lawbot gavels to use and built a second outpost INSIDE the CJ's statue!
The Resistance could use an extra helping glove, and drop by Toontown each and every day for brand new Toontasks tailored specifically to YOU! Check out the brand new “Daily Tasks” tab of the Quests page of your Shtickerbook! You can thank our favorite artist Doe Vinci for that! You’d think though, with all of this ruckus, we would’ve heard something from The CJ by now. I wonder what he’s doing? Perhaps eating a sandwich? With cheese? Who knows…
Anyways, that’s all for now. Reid Stock of The Toon Resistance, SIGNING OFF!
See you soon!