Posted on November 13, 2022 by The Corporate Clash Crew 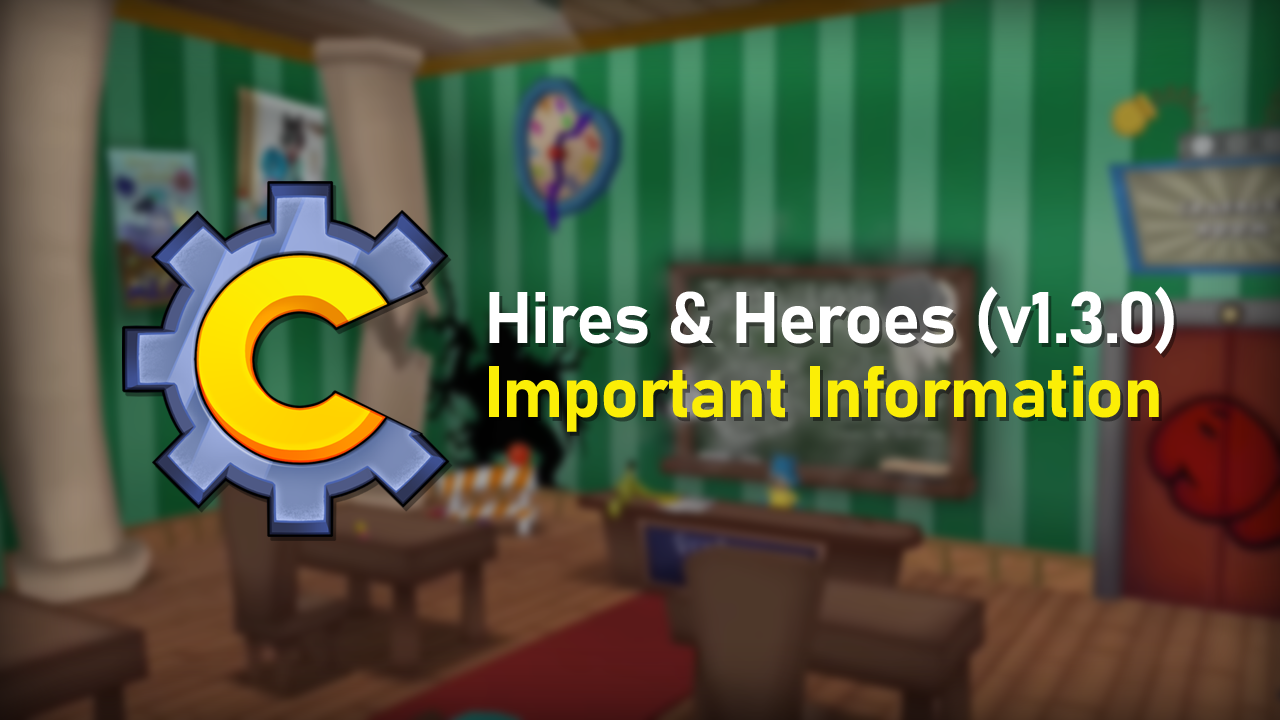 The 1.3 update is just around the corner! We are so excited to show you what we have in store for you and can't wait to enjoy the update together with you. Here is some important information you should know before the update:

If you're really short on time, here's a quick summary:

If you've been living under a rock (or if you happen to be from Toonseltown) here's a few links to get you all up-to-date on what the 1.3 update contains:

The game will go down at 17th November, 2022 at 11:59 PM EST and is expected to take at least 15 hours (i.e. the game will be updating overnight, and into Friday). This is to allow our Technical team ample time to perform database backups, infrastructure modifications and data migration, as well as final testing before the game officially reopens for everyone. The game will not reopen before at least early afternoon on Friday; in other words please don't stay up overnight because the game absolutely will not open early!

We want everybody to be able to experience the update for themselves as soon as the game is ready, however with the amount of in-game testing and server stability checks we need to perform in the background before we can safely re-open the game, we're unable to commit to a scheduled opening time. The good news is Corporate Clash Partners will be able to join the staff team on final testing before the game reopens, so you can see their first impressions on stream while you wait! You can find a list of our Partners at https://corporateclash.net/partners .

The game has been extensively tested by both our internal staff team and our partner / community QA Testers, however as with any major releases, bugs and server stability issues are unfortunately to be expected, and we may have to shut down the game in short notice to fix urgent bugs. As much as we would like you to explore the release as soon as it's out, we wouldn't encourage anybody to change their work / school schedule or take time off specifically for the update. All content in the update is permanent - you will have plenty of time in the future to complete them all.
If you want to be notified when the game goes live, be sure to join our official Discord to be the first to know: https://discord.gg/corporateclash

As discussed in the Future of Doodles blog post, we will be removing Doodles in 1.3 to ensure server stability. As an update to our previous communication, all players, regardless if you've owned a Doodle or not before the 1.3 update, will now be able to redeem a 36-Hour Jellybeans Booster! The code will be published at v1.3 Launch Day, and will be redeemable until 31st December, 2022.
Just a quick reminder: boosters in 1.3 elapse based on in-game time spent rather than real-life time, so you will have plenty of time to join in and earn Jellybeans.
To help with the Doodles' removal, we will be clearing out everybody's mailbox contents. Please make sure to clear out your mailbox before the update to avoid losing your mailbox contents.
Refund Points

As mentioned in this announcement, we are officially retiring Refund Points: in 1.3, all Gag Track changes can now be done for free, including unprestiging. You'll even have maxed Gag experience in tracks that you had formerly maxed too!

Another change we've decided to make is to officially retire Summons. At best, Summons are a way to cheese certain bounty tasks, and at worst, Summons would be a way to grief most content regarding upcoming street manager bosses in 1.3. While any practical usage of Summons were dubious at best prior to 1.3, their base functionality basically turns them into a griefing tool in 1.3. For example, a Content-Synced Duck Shuffler battle (a new Street Manager Battle intended for Toons in Toontown Central) can be trivially ruined by a player summoning several high-levelled Cogs to spawn and join someone else's battle, or by summoning Executive Advocate invasions to completely fill the streets with Cogs way harder than what 30-Laff Toons with Cream Pie Slices can fight.

For this reason, we have decided to officially remove Summons from the game, which means they can no longer be used. The O.C.L.O. Battle will also stop giving out Summons as a reward (but will give an additional 10 C&Ds as well).

To compensate, we will convert all existing Summons into Gumballs (5 each) during the upgrade, so you can start redeeming them for boosters and novel cosmetics! Not only do Gumballs have an actual use relative to Summons, but this will allow you to get a head start on collecting some of the new exclusive outfits that we've been putting together. In addition, the Litigation Team themselves now have an associated Sweetener reward, allowing you to obtain additional Gumballs in place of Summons from doing a daily O.C.L.O..

As a small aside, invasions (generated by the game) are getting a significant tweak in functionality to improve their synergy with Street Manager Bosses (and their cohesion with the game overall). Instead of Cogs invading every area in a district, Cogs will now only invade areas where their level range is welcome.

In addition to this, invasions will no longer affect Cog HQs, and the +1 Gag Experience multiplier from invasions will only exist in the streets of invaded playgrounds. This will pair quite nicely with the new Playground Gag XP multipliers from Kudos.

P.S. While the removal of Summons will indeed make certain bounty tasks less cheese-able (i.e. Defeat a Two-Face), we separately want to make sure that the bounty tasks themselves do not become too difficult with this change: you will be able to find Rank 8 Cogs (such as Mr. Hollywoods and Robber Barons) in the Factory Exterior, Cashbot HQ, Lawfice Exterior, and Bossbot HQ respectively. We will also increase Big Fish spawn rate on Twilight Terrace.

Starting from 1.3, we will have a new set of system requirements:

The 1.3 update has not been tested against Windows 7 and 8.x and Corporate Clash will not provide technical support for players on these systems. We expect the game to still work but this is not guaranteed in future releases.

The 1.3 update contains a lot of new assets and we can't wait to see where your creativity will lead! Here are a few things to note:

As a reminder, decompiling, distributing, or using any asset that is not from a publicly-accessible file is not permitted and may result in consequences. To inquire about using a private asset, such as a model, please contact support@corporateclash.net for more information.
-----
The update has been a long time coming, and we hope you'll enjoy exploring all the new content Toontown: Corporate Clash has to offer. See you all on the 18th!